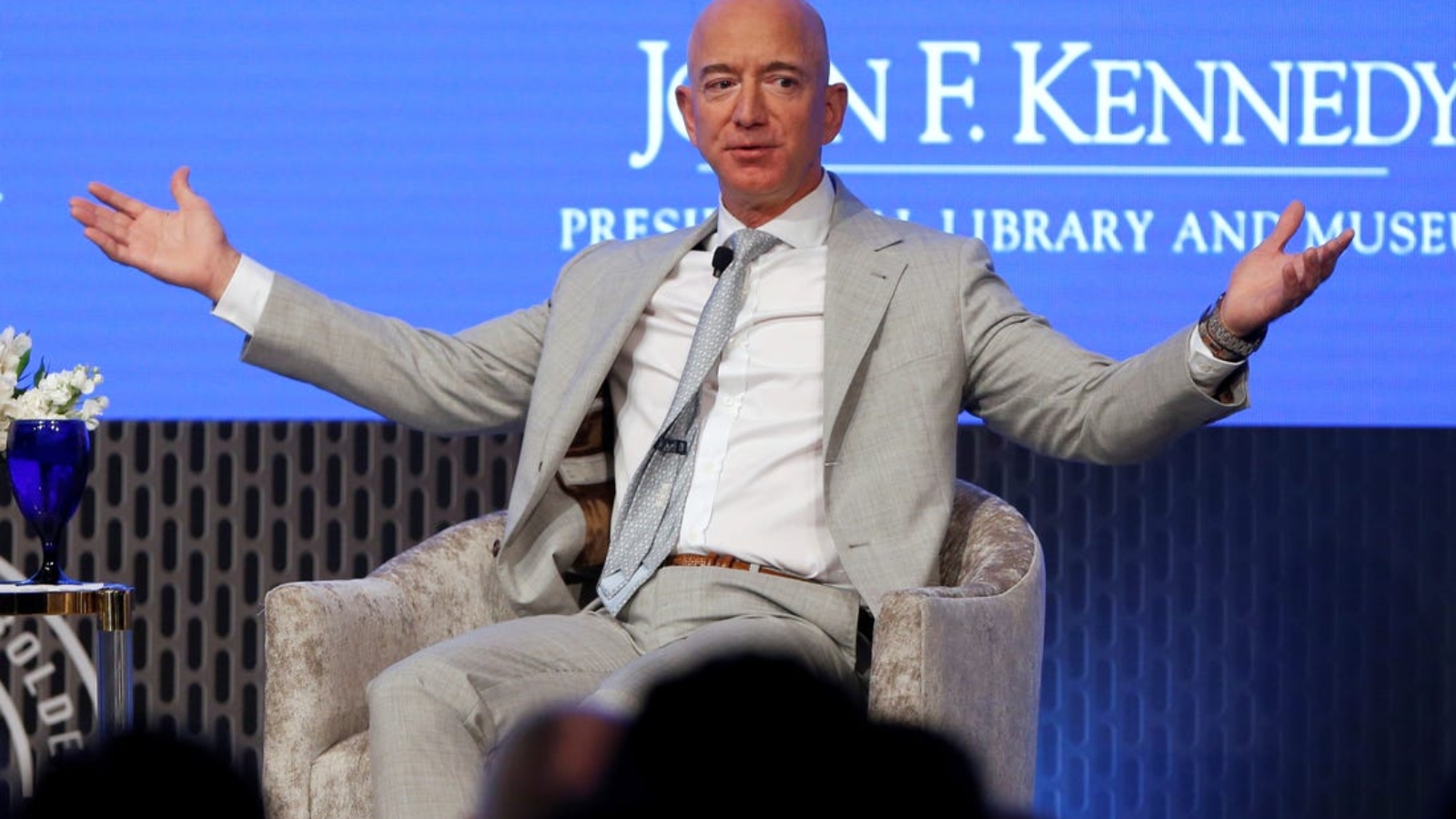 Jeff Bezos is currently the richest person in the world. With a net worth of about $155 billion. That is impressive! For context, let’s review his journey.

Stellar academic records followed by an early career in fintech, and banking. He then worked at a new hedge fund, before leaving to start Amazon in 1994.

Amazon was a disruptor. The internet was still early back then, but internet users were increasing drastically. With this trend, Jeff Bezos was convinced that many of our activities could take place over the internet, including buying books. So, he started selling books online, going against established industry players such as Barnes & Noble who was still focused on brick and mortar stores.Today Amazon sells tens of millions of books annually. Also, they started offering more than just books. Today, Amazon is the marketplace for almost everything. They are prominent in electronics, grocery, and home appliances. They are also dominant in digital content (movie streaming), and cloud storage service (AWS). In 2019, the company generated about $280 billion in net revenue, and employees over 800,000 people worldwide. That is impressive!

With all this feat, Jeff Bezos can be said to be reaping the fruits of his labor. But how much is too much? Jeff owns about 11% of Amazon, which is where the majority of his wealth is attributed. As mentioned earlier, he is worth about $155 billion.

However, there has been lots of criticism about his net worth, or more broadly, criticism about a system that allows one person to amass so much wealth, while so many people are living in abject poverty, unable to afford necessities.

Some facts: indeed many people in the world are at risk due to poverty, indeed the wealth inequality (gap between the rich and the poor) seems to be getting bigger, and indeed Jeff Bezos, by any measure, is wealthy.

What worries me, however, is the fixation on a number. “Bezos is worth $155 billion, that is way more than he needs”, “it is unrealistic for regular people to catch up with him”. So let’s dig into this number.

Amazon, as a company, is valued at $1.3 trillion. Jeff Bezos owns 1% of the company, so his stake is worth ~$143 billion. He also owns a Space travel company, Blue Origin, and a media company, Washington Post, both of which are private so no public valuation information.

This is not to negate the extent of his wealth, but rather to shed some light on “Wealth available”. Meaning, what does he have at his disposal, that can be used to influence his standard of living? Jeff likely has a decent salary, and probably gets a healthy bonus in his compensation package, so by these measures, the wealth available to live well above average and splurge on luxury is very much in order. But this is still a fraction of his net worth.

When people think of Jeff Bezos net worth, and indeed, many other billionaires, the bulk of it, the tens of billions, are often “locked up” in an asset that changes price every second, and as such is more of “Wealth unavailable”. Now, not to be naïve, they can “unlock” this wealth by selling shares, borrowing against it, and using derivatives. But in many cases, their control/influence of the company, their attachment, and the tax implication, builds the incentive to keep most of this wealth “locked up”.

Imagine you had a painting in your house, passed down four generations, and now you. One day, your rich friend visits, and says she will buy the painting for $1 billion, the next day, an art collector says she will buy it for $3 billion. You put it up online, and you get similar offers.

At this point the consensus is that one of your possessions is worth about a billion dollars. Whether you sell it or not, you have an asset that is generally agreed upon by the market to be over a billion dollars, the market consensus could also change the very next day, giving your painting a different value.

With the painting and favorable consensus from willing and able buyers, now your net worth is +$1 billion. You see how that is vastly different from “wealth available” to you?