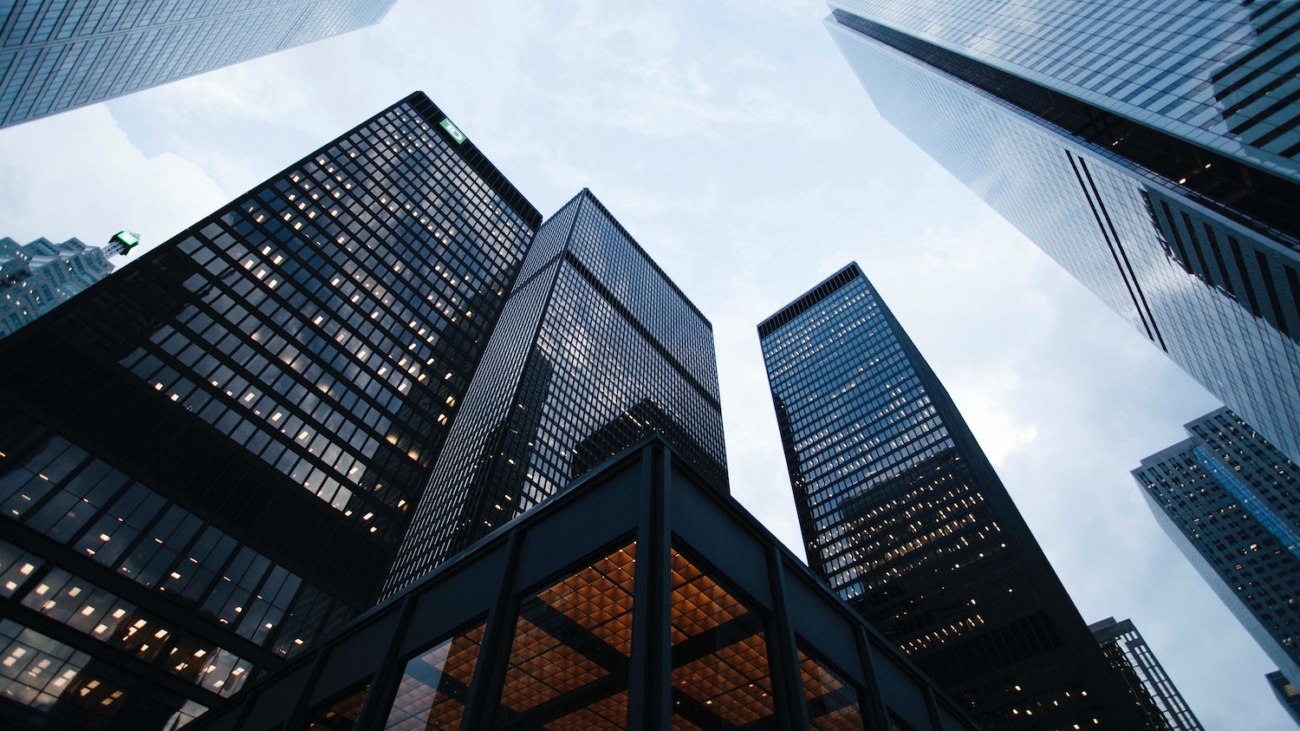 As we usher in another year, we like to reflect on the past twelve months. A sort of stock taking, before continuing the journey. The major question we at Prairie Crossing ask ourselves each year is, were we able to improve the quality of life for Nigerians?

On the macro level, nothing much has changed for the average Nigerian. The economy is growing at 1.81%, inflation rose by 11.44% YoY. Terrorist attacks persist in some parts of the Northeast, government workers continue to go on strike. In our own little way, we choose areas to work on that, when done right, would have a significant multiplier effect.

The first is to help businesses run better, and the second is to promote youth development. Investing in these two focus areas could change the quality of life for Nigerians – at least that’s what we think.

In 2018, we barely made a dent in the quality of life “index” of Nigerians. However, we believe that some of the services and products we started this year, have in them the right ingredients to scale and impact more lives. With that in mind, here are the highlights of 2018:

We kicked off our lending operations this year. The logic behind this was to provide micro financing for small businesses to help them meet specific needs.

Many small business, 3 to 5 years in, find it difficult to raise short term finance from traditional sources, despite their decent financial standing. The time between application and funding was mentioned as one of their pain points.

Starting from August 2018, we provided eight loan facilities to seven companies/projects. Our average loan amount was ₦500,000, and average tenure was 3.5 months. For loans we gave, average time from when we received application to when we funded was 5 days.

In 2019 we plan to standardize our review process, and be more hands on in assisting borrowers in management of loaned funds.

Our portfolio company Aspire Digital Labs Limited closed the year with revenue of ₦1.2 million, crossing the million naira mark. The firm missed some of our 2018 targets, mostly due to growing receivables (a pain in the neck for many small businesses), fortunately we’ve been working on some measures to curb unnecessary bottlenecks in payment collections, and subsequently turn the company profitable in 2019.

We launched our Financial Management Services, which includes: virtual CFO services to small businesses, valuation, and M&A advisory. Entrepreneurship can be a lonely and tasking journey.

Founders find themselves changing between a hand-held microscope, and telescope every other second. That is, having to be attune with the smallest details of their company one moment, and the next, detaching, to ponder on innovative disruption, and the future of their sector.

We hope that our financial management services provides the necessary complimentary skills to the C-Suite of small businesses.

The first was ATIDE, a social enterprise, we supported in their renovation of two low-income primary schools in Bariga, Lagos.

The second, Food Clique, an NGO set out to eradicate child hunger, held a community kitchen in November which we volunteered at. They were also recipients of our GuysWhoCook charity fund raiser.

The third, was a donation (we paid for 3 tickets to their fund raising comedy night) to the Joyful Joy Foundation, a non-governmental organization focused on combating malaria in Nigeria. 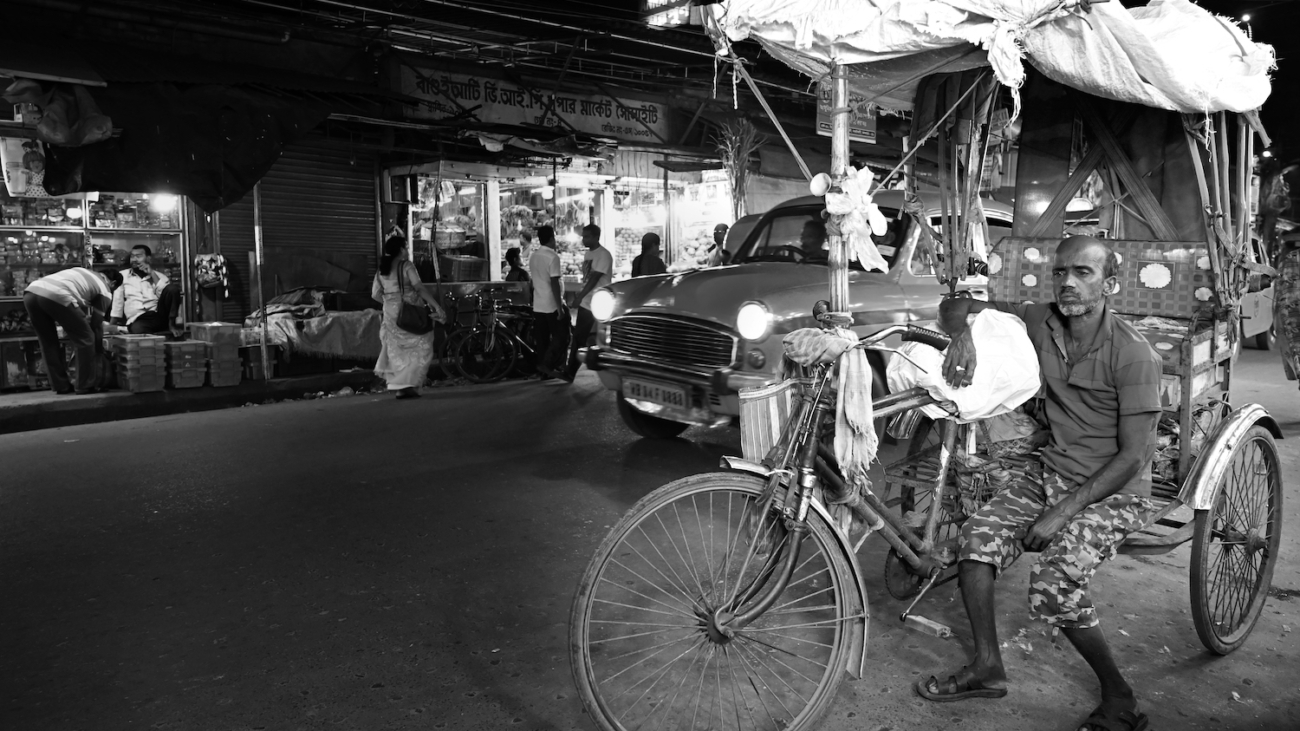 This year, in future, will be used as a case study as to how Nigeria managed a couple economic curve balls. Exchange rate volatility, growing fiscal deficit, and inflation.

Of course, these problems have been centre stage since mid-2014, when oil prices began its downward spiral. What was unique about this year, however, is the perception of progress.

We witnessed economic indicators stabilize, and in some cases, get better. Naira has been relatively stable in the last half of the year, within a range bound of ₦359/USD to ₦367/USD from June to date. YTD, the NGN/USD has appreciated by about 35% in the parallel market. Both oil revenue, and non-oil revenue (mainly company income tax), continue to fall short of budgeted projections. Inflation painfully increased in 2016, and although curbing back in 2017 (currently at 15.9%), it remains substantially higher than the sub 10% rates of 2013-2015.

At the beginning of 2017, the market had lost appetite for equities due to crashing prices, and credit was the new favourite. However, at year end NSE All Shares Index is up 42% while S&P Nigeria Bond index closed the year up 26%.

As investors, these indicators mean a lot to us because as the economy grows the prospects of our ventures become even brighter. While Q1’s real GDP growth was negative, Q2 and Q3 recorded positive GDP growth of 0.72% and 1.40% respectively. GDP growth in the first nine months of 2017 comes out to 0.43%, according to the Nigerian Bureau of Statistics.

Our growth rate in the past year has been far from glamorous, but the trend is encouraging. To put in context, Q2 2017 recorded the first positive quarterly real GDP growth since Q4 2015. While the data points signal the likelihood of economic recovery ahead, the broader economy still faces many challenges.

To solve these challenges, the country will need a decisive and consistent monetary and fiscal policy going into 2018.

In the traditional sense, the economy grows when output is increasing. Fundamentally, output is made up of the following components – consumer spending, business investment, government spending, and net exports. For the economy to grow, incentives will need to be put in place to increase outputs.

Our first prescription is interest rate cuts. Monetary policy rate (MPR) in Nigeria stands at 14%, up from its 12% level in July of 2016. This will increase much needed liquidity in our economy, by lowering cost of capital. Resulting in increased private sector credit, and incentives for more investors to look for higher returns in the real economy.

From our ₦7.4 trillion 2017 budget, government spending on recurring non-debt expenses (35%) and debt servicing (22%) were at cautionary levels, and rivals the 29% allocated for capital expenditure.

Capital expenditure in the proposed 2018 budget is ₦2.43 trillion, only up by 11% from last year’s approved budget. Comparatively, in the 2018 proposed budget, allocation for debt servicing increased by 20% to ₦2.01 trillion, and recurring non-debt expenses increased by 32% to ₦3.49 trillion.

The outcomes of these approaches

If our recommendations are taken, our Nation’s economic policy will essentially shift from contractionary to expansionary in 2018. With a combination of lower interest rate and increased government spending, one likely outcome is higher inflation.

Also, if these measures are taken, the Naira (₦), may weaken, which discourages importing. Another expected outcome from lower interest rate is the negative effect it will have on bank profits, and lenders in general, due to decreasing net interest margins.

While higher inflation, and weaker currency will hurt consumers, banks and businesses in the short run, economic growth will start to pick up in the medium term, putting individuals in a better situation.

Why these recommendations may not be taken

With election cycle coming in, policies that will cost short term hardship to the masses in exchange for future economic growth, may not be the preferred choice for the incumbent.

Secondly, as the 2018 proposed budget shows us, the government does not have the capacity to put sizeable funds to work on capital expenditure.

This year, government spending on capital expenditure will increase from previous year’s level. The 2018 proposed budget supports this as well.

However, a paltry 11% increase is far from what the economy needs. Government revenue is bound to increase in 2018, as average oil prices are likely to be higher than 2017’s average.

Oil will remain the main driver of increased revenue. Oil prices have recovered well over a third of their value since hitting 2017 lows in June. We expect that average oil price in 2018 will be moderately higher than it was in 2017, in part due to the OPEC-led commitment to extend production cuts, and stronger demand.

With relatively moderate increase in government spending, and only modest decrease in interest rate, we expect increased liquidity in the market, albeit far from what the economy needs for a health economic recovery.

We believe that Central Bank of Nigeria (CBN) and government will forego the aggressive economic stimulus as recommended earlier, and continue with either contraction or the half-baked stimulus described in the above paragraph.

Hence, we can expect to see relatively stable inflation levels, and a less volatile exchange rate. Although we don’t think this is the best approach for economic growth, it does have some short to midterm advantages. For one, this sort of stability will increase both investor and consumer confidence.

All about the Naira

The Naira appreciated in 2017, mostly due to rise in oil price, and interventions by CBN – increase in interest rates. We believe that both factors will be at play in 2018 as well. Oil importers, investors, exporters, and pilgrims had exchange rate windows that offered more favourable rates in 2017. This succeeded in attracting foreign investors.

As an economy grows stronger, foreign investments will be channelled into the economy, which increases demand for local currency. While the Nigerian economy is expected to be relatively stronger in 2018, foreign investors have other options to deploy funds to, there are other economies with not as much risk, or similar risk that have healthier growth. So, we can’t expect the Naira to strengthen on the back of a greater projected economic growth in 2018.

With high interest rates, we can expect continuous flow of foreign portfolio investments, provided the I&E (NAFEX) window is maintained, which will be good for the Naira.

We believe that Naira, while still overvalued, will be more stable in 2018, with modest appreciation, mostly due to CBN intervention. The biggest risk however to the Naira remains oil price.

Given these, our GDP growth in 2018 will be greater than that of 2017, but far from eye-watering. Hence, it is no surprise that IMF forecasts 2.1% GDP growth for Nigeria in 2018, which is far below the global forecast of 4% by Goldman Sachs.